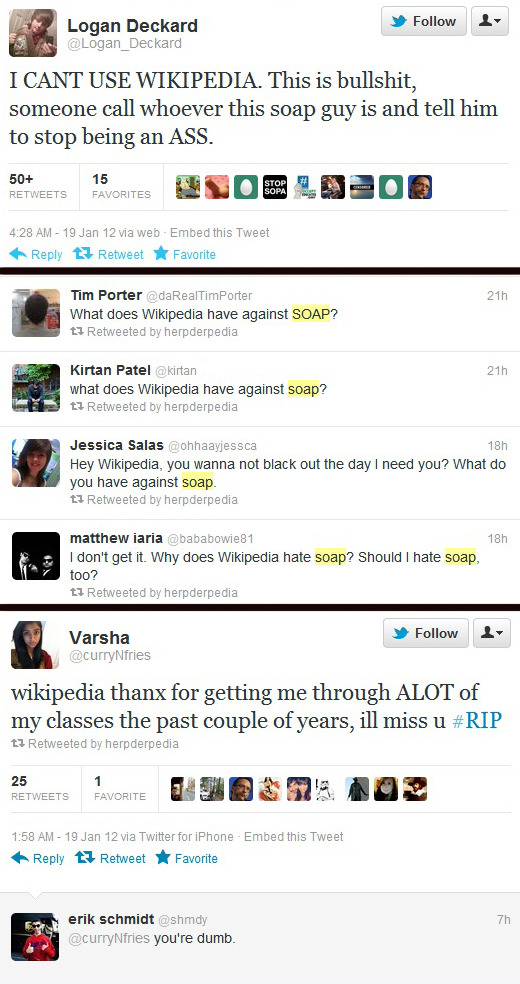 Yesterday was a really interesting day, having web sites united and themselves blacked-out. The leader was Wikipedia and Reddit followed. With this action, Wikipedia left more than 25 million daily users furious and disappointed and students angry and nervous because their papers were due. No one can say for sure, but most of the users were raged by the Government for having “their SOAP not using regularly”. Total chaos.

So, one user made a great thing - he opened a new Twitter account and re-tweeted the tweets from users that felt discomfort by the Wikipedia blackout, to say the least.

To get things on the serious track - the blackout was a success. Sites were blocked, people were concerned, I assume that congressmen were called. All in all, at the end of the day, the supporters of SOPA/PIPA flew. But, the war is not over. Another act will come and we have to be ready!

PS - If you want to know the whole retrospective about these types of laws, watch this! :)