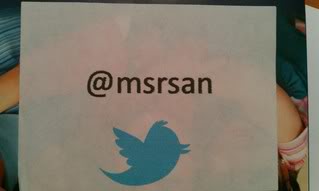 Even though I’ve been quite active on Twitter for more than year and a half, I have never beend to a TweetUp (gathering of friends, followers and followings, from the virtual world in pure physical reality).

So, yesterday evening that changed - I went to my first tweetup ever. :)

TweetUpZg is a tweetup organized for Twitter community from Zagreb usually in a beer house ”Zlatni medo”. The online invitation said that the number of people coming was about a hundred. All in all, I expected a big crowd and a lot of fun.

When I got there, it was pretty awkward. Walking in and analyzing carefully and quickly, matching the real faces with the avatars and names from the virtual world was a real challenge. Many of them I didn’t know, most of the names I didn’t get right. It was a mission impossible. Comforting to me, the organizer also didn’t know all the names and all the people. :)

Fortunately, the name tags were distributed quickly so the productive talking could start. Repeating the introduction phrase “Hello, I am @msrsan and I don’t know you” soon came to a halt and, because of not knowing most of the people, made no sense at all. But, exchanging tweets, opinions, help with the persons in virtual world, I really wanted to meet them in person and introduce myself. So, I did. And that was the greatest thing.

I wandered away a bit, so let me get back to the topic. All in all, it was a great night, with lots of laughs, meeting all the different people you just couldn’t meet anywhere else. From young to old, entrepreneurs, IT and startup folks to economists and bloggers, students and punks - the whole mixture was there.

So, if you are on Twitter - keep an eye on #tweetupZg and come to the next one. You won’t regret :)

For the end, I have just one question that has almost trended on Twitter during the whole day today - when are the damn pictures coming?! :))

PS - Because the event took place in a public place, I can’t imagine what the “not-Twitter” folks at the other tables thought. Hundred people, young and old, having name tags, mingling around. Well, I’ll leave it to your imagination! :D