How I Got Accepted To Techstars London (For The Associate Role) 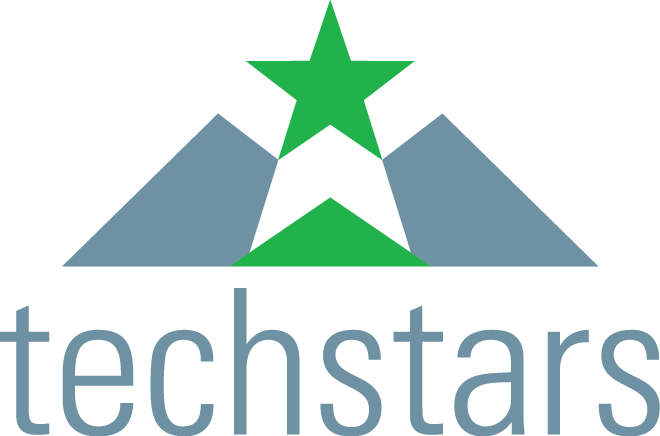 It’s been more than two months since I arrived to London to work as a Techstars Associate in the Winter 2014 cohort, in one of the best startup accelerators out there. At least once every week since, I have been asked the same question: ”how did you get accepted, what did it take you to work at Techstars, how did you end up working there?”

It took me two years of events, networking, meeting people, being a part of the community, reaching out, planning far ahead, connecting the dots and seizing opportunities while being on the lookout for new ones and tackling the enormously high administrative barriers.

Is that hustling? Probably, for sure, but I’d argue it’s more than that. It’s a mix of believing in yourself and what you’re doing, not letting yourself get disappointed and not giving up, staying strong and persisting. It’s about enduring, regardless of the situation.

Naturally, “luck” plays a part in everything as well. I could have easily not passed one of the exams, therefore not been able to finish my degree in time and therefore not been able to come to Techstars. Even though I do not believe in an accidental luck, I do believe that if you work hard, create chances and opportunities for yourself and your environment, something is bound to happen.

Even though it took me a while, it’s been an awesome experience altogether, the climb was ecstatic and hard, but the view now is even better and was totally worth it. Advice for anyone trying to get into the startup ecosystem, or basically anywhere in your quests, is definitely to approach every single person, situation and meeting as a new learning opportunity, with a clear mind and without any assumptions.

Seize opportunities, ask if you can help and make yourself useful in projects surrounding you and give first. Give your best, strive to improve and get better at what you do, care passionately about details in front of you and you’ll receive something in return for sure!

When I think about it, a series of events took place over the last three to four years that led from one to another. Something like a big pack of dominoes, falling one after another, opening the other door and pushing it further. I’ll briefly go through those events.

It all started roughly three years ago when I started blogging for Netokracija (“Techcrunch of southeastern Europe”) about social media, entrepreneurship events and news regarding the startups all around.

Being a blogger back then gave me the opportunity to participate in the organisation of the Seedcamp event in Zagreb where I basically met the whole startup scene from the region, the founders, the investors, the media.

In the meantime, I co-founded TimePrep (an iOS time management app for CFA candidates), ran a student organisation specialised in Finance, was a Microsoft Student Partner and studied on two Faculties.

Also, having met all those foreign people from the States, from UK and other startup nations, I wanted to go abroad. I wanted to see what’s it like, how’s the atmosphere and what all the fuss is about. Therefore, I applied to quite a lot of roles, from startups, to coworking spaces and venture funds to accelerators. And got rejected every time. Including the application for an Associate role at the first Techstars London batch in Summer 2013.

Eventually, in my quest of going abroad, I got accepted for an Erasmus Exchange Semester in Brussels for the Summer semester of 2014. But, since I knew that I would be finishing my studies after that semester and therefore make myself available for more serious roles, I wanted to refresh the connections to founders, investors and mentors I had from before.

So, I went to Techcrunch Disrupt Berlin where I volunteered and to the Pioneers Festival in Vienna. On both conferences, among many, I met the leading people of Techstars London again. After meeting him in Zagreb a few months back, I met Jon Bradford again and in Vienna Tak Lo, whom I’ve met at the RockPaperStartups conference where he gave a talk and who interviewed me for the Associate role before. Anyway, the purpose was to let them know that I will be available from Summer 2014. onwards and to have me in mind.

Months passed, I moved to Brussels and got an opportunity to go to London for a Champions League game, Bayern Munich against Arsenal. It was a perfect opportunity to meet Jon again. And so I did. The coffee ended with an information that there’s a zBarclays accelerator starting its first batch in June and that they will be needing an Associate. It was an awesome opportunity, finally a viable one if only I didn’t need to obtain a work permit in order to work in the UK*. Unfortunately, Techstars couldn’t sponsor me to obtain the Purple Certificate (PC) and my hopes were quite low.

I won’t go into much detail about it, but I eventually managed to find a way. Since I was still a student at the time, Erasmus Traineeship was the answer. I would apply through my University, my University would select and nominate me, British Council would sponsor my PC and I would be able to work in the UK. Sounds good and doable, except for the fact that the initial application process at the University was late and therefore made me miss the opportunity to come on time for the Barclays program. Bad luck.

After Brussels, I came back to Croatia, spent a month on the seaside, came back to Zagreb, passed all the remaining exams at the University and in the beginning of September reapplied for the Techstars London program that was starting on November 10th.

On October 13th, I received the good news from Tak that I was accepted for the Associate role and that the job starts on November 10th. Sounds awesome, but I now I needed to get the paperwork done (again!) and this time it needed to work.

At that time, a couple of days after, while handing in my application papers, a lady from the University informed me that, in order to go on the Erasmus Traineeship (a.k.a. Associate role at Techstars), I have to finish and defend my Master’s thesis before I leave.

I did have it half written already, with a good structure and research done, but it was still a long way from completely finished. Two weeks of tackling the administrative issues for the Erasmus Traineeship, minimum sleep, constant writing, finishing and polishing my thesis and coordinating everything else followed. Eventually, I defended my thesis on Thursday, November 6th, flew to London on Saturday, November 8th and started working on Monday, November 10th.

*Croatia has entered the EU and is a member state. But, there still are some countries that have restricted Croatian citizens from entering their labour market. United Kingdom, France and the Netherlands are one of those and therefore Croatian Citizens need some sort of a work permit. In the UK, Croatian Citizens need to obtain a Purple Certificate (being sponsored by the employer). More details can be found here.