#GOAP is coming to Croatia! 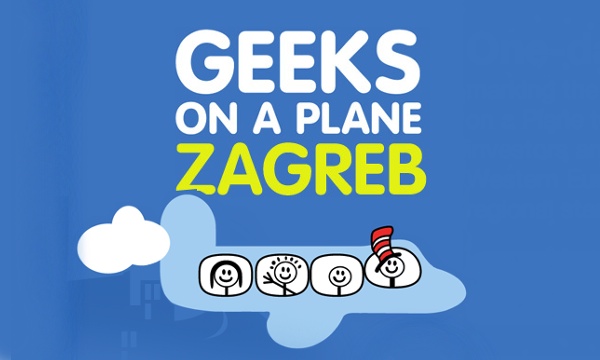 In my little country of Croatia that is mostly tourism oriented with not that much production and manufacturing companies and a big consumerism attitude, it is safe to say that startup atmosphere is hot. It has been cooking for a while now and it has reached a temperature of no return. The ingredients are ready and its peak, its boiling point, when the meal will be prepared for serving, is expected to happen in the next year, maybe two. At least, that is my prediction and I really hope I won’t be wrong.

I don’t know when it really started, but I think it is fair to say that the startup community got a pretty good push back in 2010 when the first Seedcamp was organized and the and the teams like Giscloud and Salespod won and were selected by a popular vote. Not much things changed from then but the young tech savvy people saw that successful projects can really be done and that a bright perspective exists. Last year, Farmeron came, along with some of the other top startups such Shoutem. That push gave a lot to the community and consequently led to the organisation of the 2012 Zagreb Seedcamp.

Meanwhile on Twitter, the whole startup community was fighting their war against Poland. Dave McClure, one of the most influential venture capitalist and the founding partner at 500 Startups had a dilemma - where to go next, which country is hotter. He decided to let “the market” sort itself out and let the Twitter audience make his mind up.

Having our best Twitter troops mobilized and organised through Netokracija, our leading social media and startup site, we did out best. Numerous tweets, wave after wave, going and flying through the tweetersphere like dry leaves in the wing on the automn night. Countless RTs explaining why Croatia is hotter, describing the pros and letting Dave know what would he expect in Croatia. Mentions were high, I assume Dave’s smartphone mention notification must’ve popped.

Eventually, our President and Minister have also come to the rescue having their official invitation given. Apparently, that was a final blow to the Polish candidacy.

The days have gone and the unbelievable startup week has come to a close. And then BAM! The announcement has come from their blog site - Zagreb, Croatia has been chosen! Seriously!

Well, Twitter exploded, Dave, I’m sure Your smartphone is off by now and going crazy out of notifications. :) 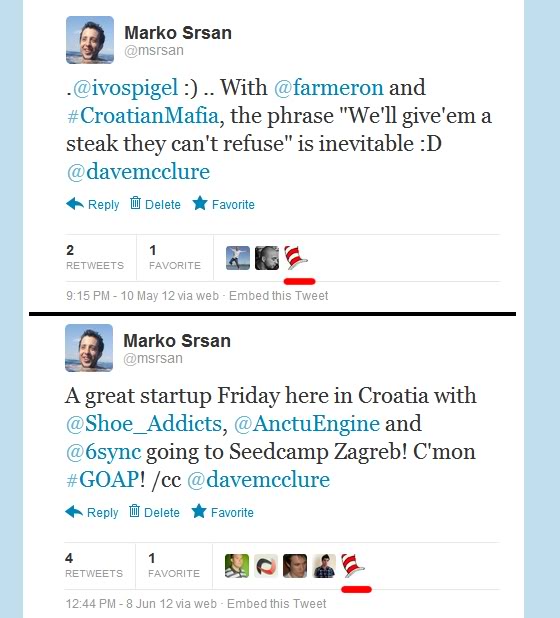 All jokes aside, to Dave McClure and the rest of the team, You are most welcome to Croatia, I am pretty safe to say that we will make sure You have the time of Your life here during Your stay - sea, islands, food, wine, music and a rocking startup atmosphere capable of reaching the stars! Welcome!

PS - Being a geek that I am, I have to say that I also contributed to the Twitter war, having sent two tweets Dave favorited. #CroatianMafia won! :)