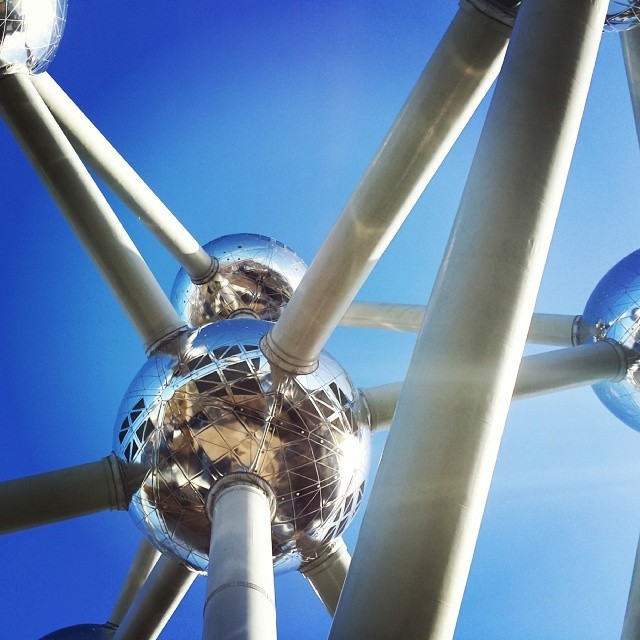 It’s been exactly four weeks since I arrived to Brussels for my summer Erasmus semester. As most have pointed out, the biggest challenge would be to find accommodation. Especially if you’re looking for a 4 bedroom place (possibly a house) that has to be furnished, for a period of 5 months and for a price of up to 500 euros per month per person. After a month of thorough search via Facebook accommodation groups and other online channels, couple of friends went to check the selected accommodation onsite.

All of them were actually ok, apart from the one that “had to be finished” (the whole place was in the process of redecoration and renovation), but I decided on the 4 bedroom place in Watermael Boisfort. Even though the place is awesome, it’s actually hard to explain what is it. I’ll try - it’s a giant, huge house that is partly a student residence place and partly a bed ’n’ breakfast type of accommodation. So, it has 4 student rooms + common area for the students (nice living room, fully equipped kitchen and bathroom) and on the other side, it has a number of fully equipped rooms that are in use by the “passing guests” who are staying short-term. So far, I encountered a few “passing guest” in the corridors.

Even though I’ll come back to the “accommodation” part in one of the following blog posts, I do have to say that so far it’s been an awesome experience living with roommates (personally, I haven’t done that before). I’m living with a Danish girl, a Spanish guy and a Croatian girl. As far as I can tell, the Danish girl and the Spanish guy appreciate that there’s basically no Croatian spoken in the house - we’ll try to keep it that way. Apart from the Spanish guy who is doing his internship in Brussels, us three are all on the Erasmus semester at ICHEC (Brussels management school) and even have classes together. Studies have not yet taken place that much (apart from some presentation work), but partying, meeting new people from class, sightseeing and traveling around has. The early shyness and icebreakers had passed and students got to know each other better over the last weeks, so the best is yet to come surely.

But, the aim of this blog post is to point out my Top 3 impressions, things that I feel are different (better or worse) than in Croatia. Those are the things that couldn’t stayed unmentioned and that will definitely stay in my head as the instant associations of Brussels and have been encountered in this first month. Maybe, maaaaybe, my view on some of them will change over time.

Well .. that’s it for now. Those are the things that were noticed almost immediately during this last month. So, use Belgium transport regularly, don’t be scared you’ll be hit by a car (you won’t), mind the wind and eat in the VUB student restaurant! :D