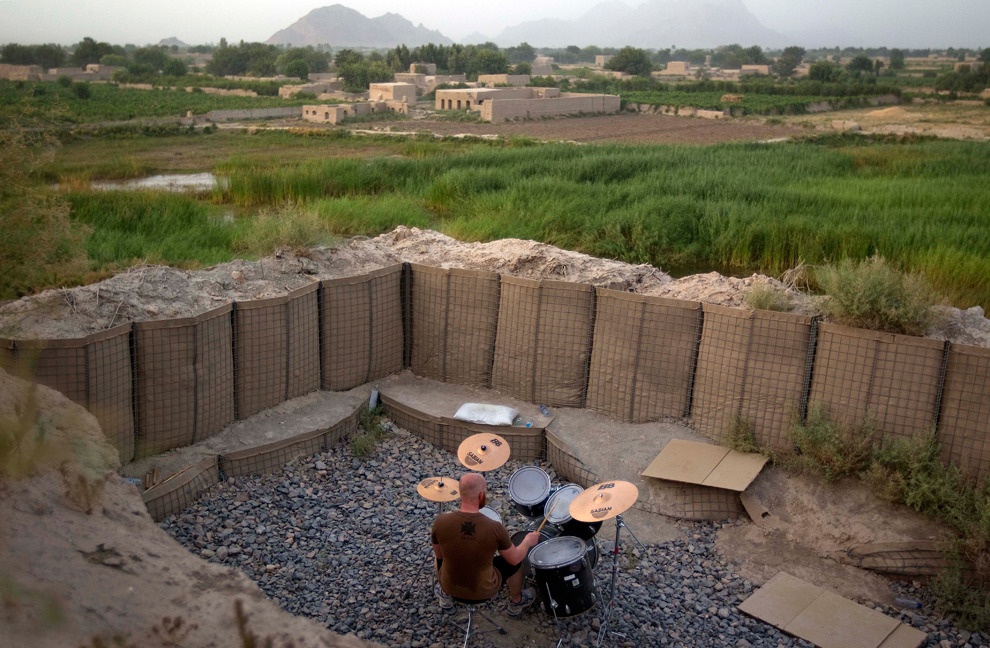 Yesterday I came across this picture of a man not giving a damn and enjoying his music in the middle of nowhere. He is just sitting there, holding his sticks and rocking away that drum roll.

How awesome is that??